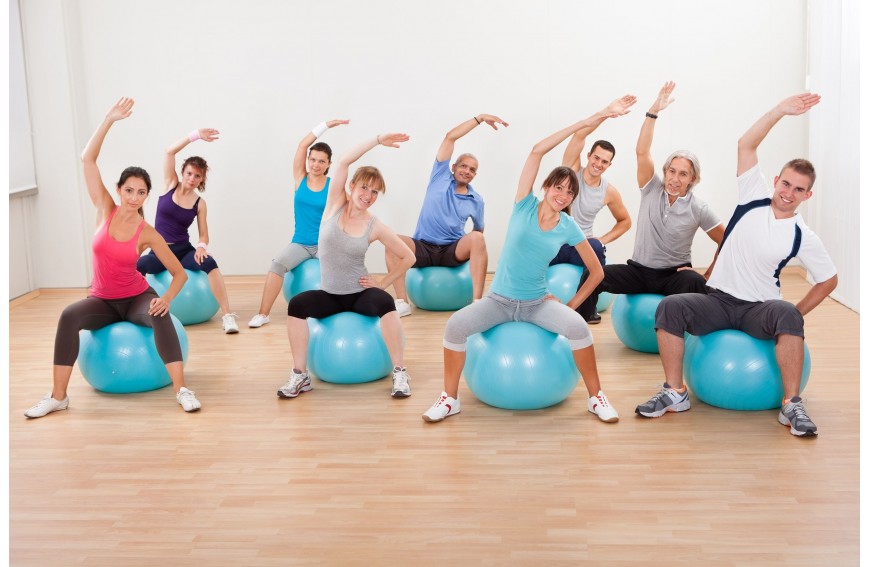 Pilates method, or simply Pilates is a system of physical and mental training created in the early twentieth century by Joseph Pilates, who devised based on their knowledge of various specialties such as gymnastics, traumatology and yoga, combining the dynamism and strength muscle with mind control, breathing and relaxation.

In its principles he was called Contrology (Contrology), by Pilates himself, because it emphasizes the use of the mind to control the body, but seeking balance and unity between them. The method focuses on developing core muscles to maintain body balance and provide stability and strength to the spine, so it is widely used as therapy in rehabilitación1 and, for example, prevent and cure back pain.

Although Pilates has been developed and has led to a lot of different styles and applications, there are fundamental principles which must always be present:

Pilates demands intense concentration. You must constantly focus on what you are doing. The exercises are mainly composed of controlled, very conscious movements, and coordinated with breathing, in order to create a harmonious body, coordinated, muscular and flexible. It is a very technical exercise, where the correct implementation of the various elements that make up each exercise is more important than the number of repetitions or sets.

Joseph Pilates called his "Contrology" method, because it is based on the idea of ​​controlling the muscles. The reason why you should concentrate so intensely is to control every aspect of every body movement.

The control center, or energy center, Pilates situated at the bottom of the trunk, like a belt that surrounds the lumbar and abdominal area. This center is activated by recessing the transversus abdominis, and its strengthening precisely the key to the whole method, which enables the body to move freely and evenly, avoiding harmful movements and compensation. All movements are initiated and held from this area, whose use must always be present during the exercises.

Breathing plays a major role in the method. The results of good practice are significant: increased lung capacity and improved blood circulation are the first ends sought to translate them into strength, flexibility, mental coordination and good posture.

Breathing should be around slow, continuous time and, during it, should be taken to make inhalations and exhalations of the same length in order to allow an optimal gas exchange oxygen-carbon dioxide in the body.

As a general rule, Pilates duration of the inhalations and exhalations vary depending on the level of the student, being recommended three times inhalation and exhalation for beginners, 5 times for intermediate students and 8 times for advanced students.

Although today there are many types of disciplines under the term pilates, all of which can be grouped into two main groups. Those of the first conducted with the help of specially designed devices and the second practiced on the floor, on a mat, but may incorporate various devices. However, obviously the principles governing both are identical and the realization of many of the exercises is very similar.

It is done with the help of several devices invented by Joseph Pilates, although over the years there have been different versions and modifications. These devices are mainly four:

It is performed on a mat on the ground. You can include various accessories: